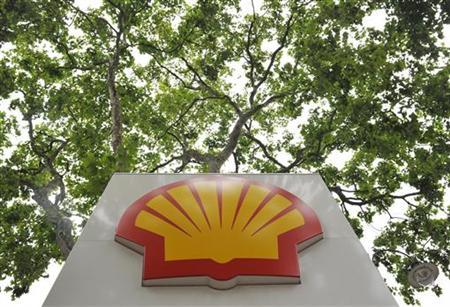 (Reuters) – A British court ordered Royal Dutch Shell’s UK unit to pay 1.242 million pounds ($2 million) in fines and legal costs for a fire at its Bacton gas terminal in 2008 which cut more than a tenth of UK gas supply.

A leak of highly flammable hydrocarbon liquid caused the explosion and fire at a waste water plant in which nobody was killed or seriously injured only by “good fortune,” according to Britain’s Health and Safety Executive (HSE).

“What happened was completely unacceptable and falls well below the standards that we set for ourselves. Safety is our company’s priority and so an incident like this is deeply disappointing,” Shell UK said in a statement on Monday.

The rescue work released 850 tonnes of fire water and fire fighting foam into the North Sea, after Shell failed to close the sea gate until around one hour after the fire broke out, Norwich crown court heard.

“The explosion could have led to a major environmental disaster as other highly flammable materials were stored nearby,” said the EA’s local Environment Manager Marcus Sibley.

Staff were returning from the plant to the main offices to prepare for shift handovers, sparing injuries or fatalities, the two authorities said.

Shell has since invested 3 million pounds into reviewing safety operations and a new waste water treatment plant will be built with additional safety features, the company said.

The Bacton terminal, around 30 km north-east of Norwich, east England, receives gas from North Sea fields and through a subsea pipeline from the Netherlands.

This is not a Shell website. Click on Disclaimer link at top of page for more information.

MADE REDUNDANT AND ROBBED OF TAX BREAKS BY SHELL

This is not a Shell website, nor is it officially endorsed by or affiliated with Royal Dutch Shell.

There are no subscription charges nor do we solicit or accept donations.

The links below are to a series of articles, many triggered by a well-placed whistleblower directly involved in the pioneering Royal Dutch Shell Prelude project. Includes articles by Mr Bill Campbell above, the retired distinguished HSE Group Auditor of Shell International and another retired Shell guru with a track record of spotting potential pitfalls in major Shell projects.

ARTICLE: Prelude FLNG risks are on par with modern offshore oil and gas facilities say Shell – but are they?: 23 Sept 2014

ARTICLE: Prelude a giant production and processing barge masquerading as a ship: 11 November 2014

ARTICLE: BY JOHN DONOVAN: Musings about the OPL 245 Shell/ENI corruption scandal and the sinking confidence in Prelude: 13 April 2016

ARTICLE: BY BILL CAMPBELL: Project Prelude – A case study in the generation of real material debt: 17 April 2016/a>

Groningen Gas Field Shock: Risk of earthquakes at 4.6 on the Richter scale: 24 Feb 2015

A Halt to Groningen Production Could Significantly Impact on Shell’s Remaining Reserves: 17 April 2015

THE NEW YORK TIMES: New Concern Over Quakes in Oklahoma Near a Hub of U.S. Oil: 15 October 2015

SHELL “SCREW-UP” IN THE ARCTIC – $7BN DOWN THE DRAIN

ARTICLE: ROYAL DUTCH SHELL SCREW UP IN THE ARCTIC: 7 April 2013

ARTICLE: Shell dicing with disaster in US Arctic waters: 18 December 2013

ARTICLE: Financial calamity could engulf Shell in event of an Arctic Disaster: 18 April 2014

ARTICLE: Ann Pickard, Shell VP for Arctic drilling, is not a safe pair of hands: 24 May 2015

BBC NEWS ARTICLE: Shell has made a costly call to abandon Alaska: 28 Sept 2015

BLOOMBERG.COM ARTICLE: Why Shell Quit Drilling in the Arctic: 28 Sept 2015

The campaign waged on this website by John Donovan to persuade Edward Heerema to rename the worlds biggest ship, The Pieter Schelte - which he named after his late father, Pieter Schelte Heerema, a former Officer in the German Waffen-SS - has been successful. On Friday 6 February 2015, Allseas announced that it was changing the ships name, and on 9 February announced the new name - Pioneering Spirit.

JOHN DONOVAN PETITION ON CHANGE.ORG: Out of respect to the victims of Nazi war crimes, please change the name of your gigantic new ship, the Pieter Schelte, named after your father, a former officer in the murderous Waffen SS and diehard member of the Nazi party: 22 December 2014

THE MAIL ONLINE: Named after SS Nazi war criminal: World's largest ship sparks outrage as it arrives in Europe just as 70th anniversary of liberation of Auschwitz is marked: 25 Jan 2015

EQUALTIMES.ORG: GET THE WORLD'S BIGGEST SHIP, NAMED AFTER A NAZI SS OFFICER, OUT OF OUR WATERS: 4 Feb 2015

Nazi named ship a bloodstain on the name of Shell: 5 Feb 2015

RELEVANT PAGES FROM "A HISTORY OF ROYAL DUTCH SHELL, VOLUME 3, PUBLISHED IN 2007. PREPARED BY SHELL'S PAID HISTORIANS. DEALS WITH SHELL'S SUPPORT FOR APARTHEID

THE EVIDENCE CAN ALL BE FOUND HERE, INCLUDING LEGAL DOCUMENTS, PRESS COVERAGE AND EMAIL CORRESPONDENCE WITH RDS COMPANY SECRETARY MICHIEL BRANDJES

A TV documentary feature about our co-founder John Alfred Donovan, has aired in many countries. A related article was published in 10 languages.